Polyvinyl chloride, commonly abbreviated PVC, is the third-most widely produced plastic, after polyethylene and polypropylene. PVC comes in two basic forms: rigid (sometimes abbreviated as RPVC) and flexible. The rigid form of PVC is used in construction for pipe and in profile applications such as doors and windows. It is also used for bottles, other non-food packaging, and cards. PVC is used in construction because it is more effective than traditional materials such as copper, iron or wood in pipe and profile applications. It can be made softer and more flexible by the addition of plasticizers, the most widely used being phthalates. In this form, it is also used in clothing and upholstery, electrical cable insulation, plumbing, flooring, wall covering, artificial leather, signage, phonograph records, inflatable products and many applications in which it replaces rubber.

Production of PVC resin generally relies heavily on the use of chlorine and crude oil. There are four manufacturing processes commonly used in its production. They are the suspension method, the mass method, the emulsion/dispersion method, and the solution method. Pure poly(vinyl chloride) is a white, brittle solid. It is insoluble in alcohol but slightly soluble in tetrahydrofuran. 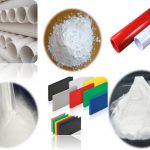 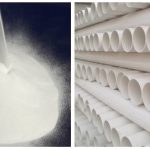 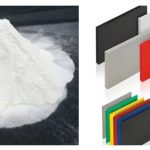 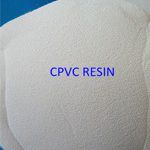 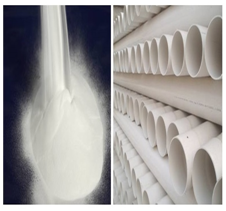 Suspension grade PVC Resin is the most common grade used for the production of Pipes, Sheets, Cables, Film, Bottle, etc based on their K Values. We supply PVC Resin in following K Values.

Emulsion grade PVC Resin is mostly used for the production of artificial leather, wall paper, flooring, clothing and upholstery, signage, phonograph records, inflatable products and many applications in which it replaces rubber. 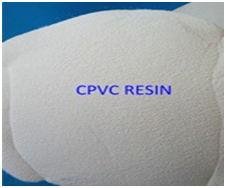 CPVC is an acronym for Chlorinated Polyvinyl Chloride. CPVC is a popular engineering material due to its relatively low cost, high glass transition temperature, high heat distortion temperature, chemical inertness, and flame and smoke properties. CPVC is used in a variety of industrial applications where a high functional temperature and resistance to corrosive chemicals are desirable. Besides pipe and fittings, it is used in pumps, valves, strainers, filters, sheet for fabrication into storage tanks, etc.